“I think it is one of the greatest portraits that have ever been made, and I became obsessed by it. I buy book after book with this illustration in it of the Velázquez Pope, because it just haunts me, and it opens up all sorts of feelings and areas of  – I was going to say – imagination, even, in me” (Interviews with Francis Bacon, David Sylvester, p. 24).

This image is digitally printed on Premium Quality 250 gsm graphic art paper with a matte finish. 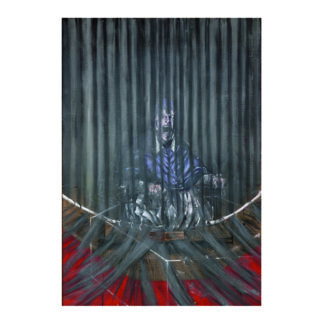