1 product | 47.00€
View basket “Francis Bacon: Painting in a Godless World by Rina Arya” has been added to your basket.

The second in a series of books that seeks to illuminate Francis Bacon’s art and motivations, and to open up fresh and stimulating ways of understanding his paintings.

Francis Bacon is one of the most important artists of the 20th century. His works continue to puzzle and unnerve viewers, raising complex questions about their meaning. Over recent decades, two theoretical approaches to Bacon’s work have come to hold sway: firstly, that Bacon is an existentialist painter, depicting an absurd and godless world; and secondly, that he is an anti-representational painter, whose primary aim is to bring his work directly onto the spectator’s ‘nervous system’.

Francis Bacon: Painting, Philosophy, Psychoanalysis brings together some of today’s leading philosophers and psychoanalytic critics to go beyond established readings of Bacon and to open up radically new ways of thinking about his art. The essays bring Bacon into dialogue with figures such as Aristotle, Hegel, Freud, Lacan, Adorno and Heidegger, as well as situating his work in the broader contexts of modernism and modernity. The result is a timely and thought-provoking collection that will be essential reading for anyone interested in Bacon, modern art and contemporary aesthetics. 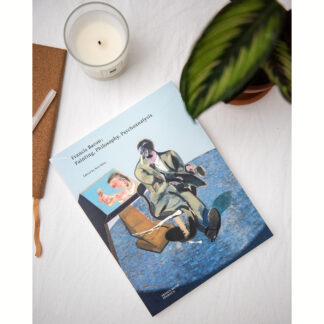